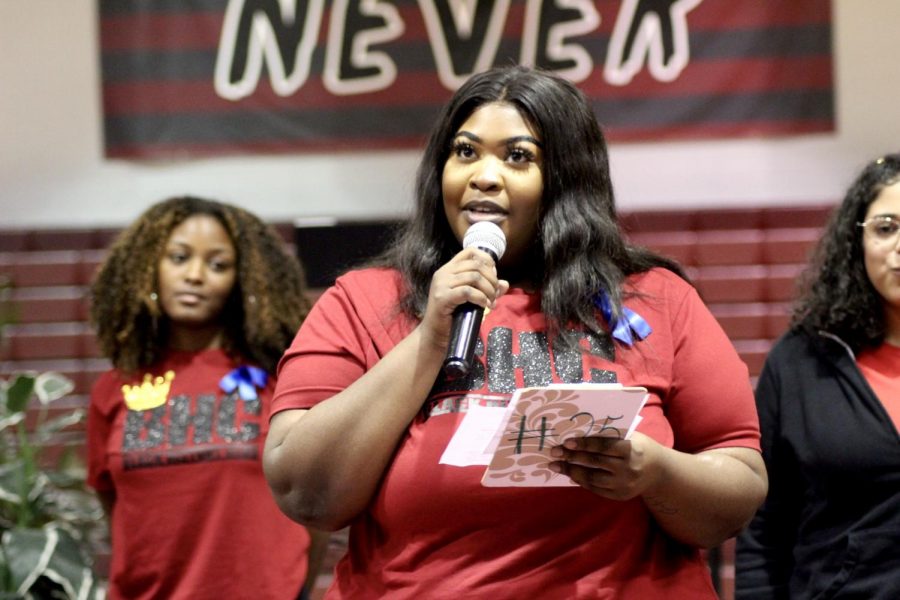 Sa’Derrica Tate reading her original poem at the Poetry Slam.

The students of Wiregrass Ranch High School’s Black History club hosted their third annual Poetry Slam on Friday, February 21 in honor of Black History Month and this year’s theme was “Let Your Voice Be Heard: The Vote.”

“The theme speaks to the ongoing struggle on the part of both black men and black women for the right to vote,” the ASALH (Association for the Study of African American Life and History) website explains.

In correlation with the theme, many students in the Black History club wrote their own original poems.

“We have always encouraged students to write their own poems, but this year many of them felt the need to let their voice speak,” Club sponsor Gloria Jackson explained.

It’s more than just a Vote 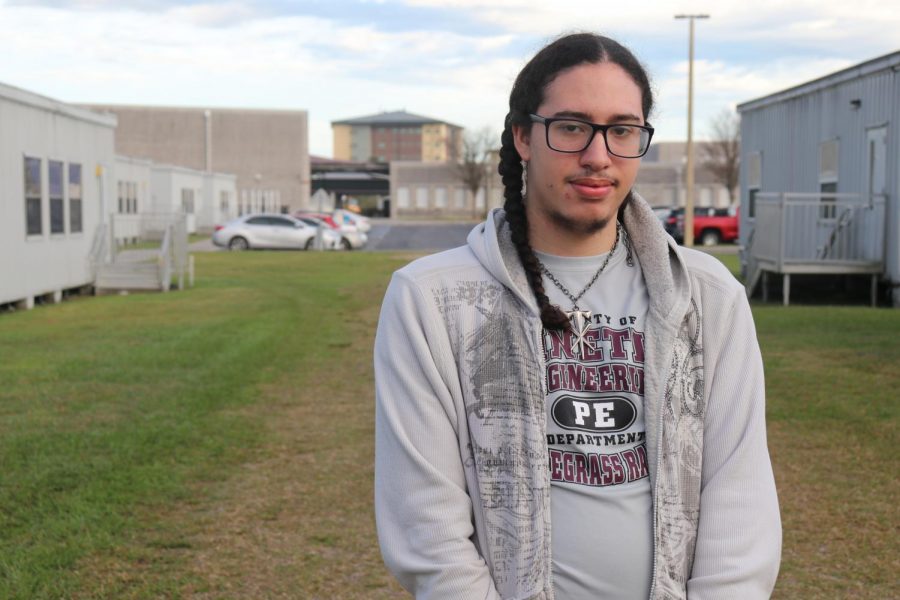 In our current generation Cuebas felt that we undermine the importance of voting. ” My poem is meant to remind the public of its significance,” Cuebas explained.

Today, politics separated us from one another

But things were worse back then, being a man of color.

I was restricted from voting in a nation ran by whites

And it wasn’t just voting, it was all my other rights.

We were beaten on the streets for what they called “Insurrection”

But really we were beaten, fighting for rights and protection.

Then it struck us, like being hit with a mallet

The biggest way to beat this was right through the ballot.

But then there was a loophole, which the whites had capitalized

That for blacks, was basically restriction in disguise.

For another 100 years, we fought from night until dawn

That the black race was never just a pawn.

Civil Rights Act was in effect, that had opened the door

To rights for all people regardless of race

And true equality was rearing its bright face

So the next time that you’re taking the bus

To go vote, don’t forget who came before us.

The right to vote has a bigger message to me.

It’s more than just a Vote, it’s a symbol of our unity.

The Power of your Voice 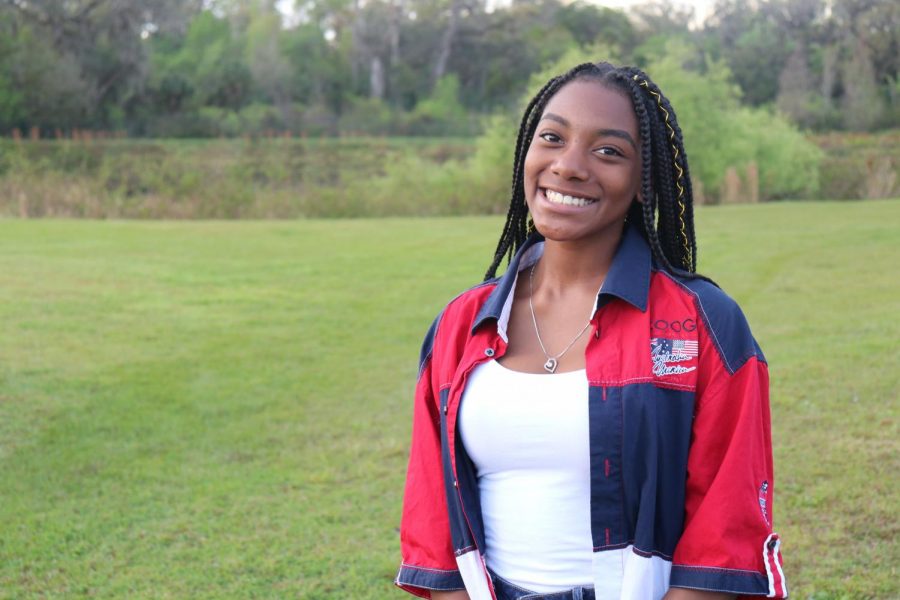 Frink felt it was important to speak proudly about voting rights in ways we couldn’t before.

Not to be blunt, but your voice will be grinded by hate until it’s silenced.

Your words will be disregarded until they’re gone.

And your opinion will be belittled until it perishes, because it’s deemed as unimportant by many.

You’ll be told to filter your words, not to protect the feelings of those around you,

But to limit you and keep your voice almost powerless.

Your voice is Important, don’t limit the power of your words.

Instead, pack your voice into something that will amplify it.  Your Vote!

As you tuck your voice into your vote.

As you inhale in preparation of being heard.

As you exhale the anxiety of being shamed.

Let your voice be heard, let your words be shared, and let your opinion be known.

Because Your Words, Your Voice, Your Vote Has Power!!! 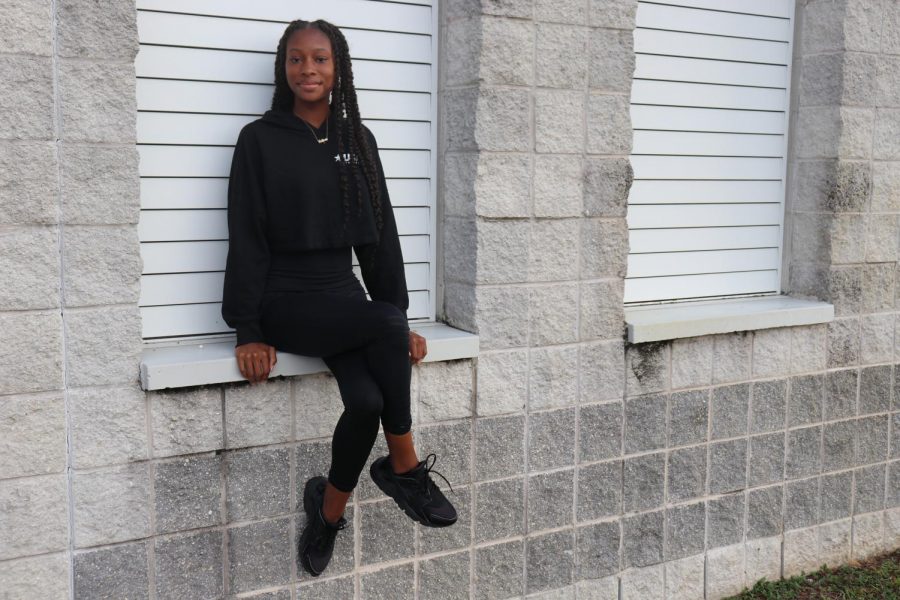 Oliver explained that her poem showed her growth in confidence from Freshmen year. “I am much more outgoing and speak my opinions,” Oliver said.

My Voice is my Heart.

Listen to it Beat.

My Voice is my Art.

Watch as I Speak.

I hold my head high

Though so many want to see it hung low.

And even though you might not come to watch.

I will continue to grow.

My Voice is Bold.

Don’t let it frighten you.

I suggest be open to letting it heighten you! 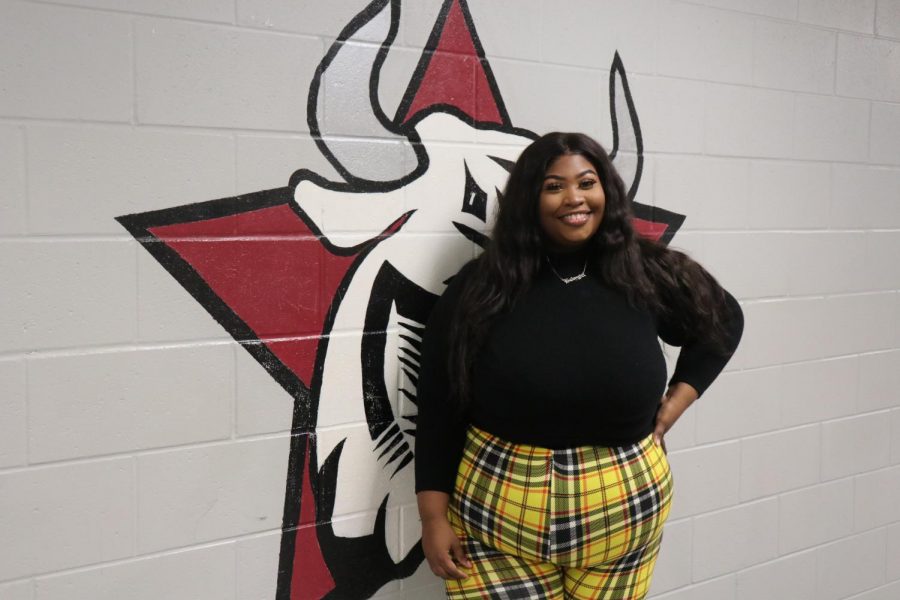 Tate considered what voting meant to her when writing her poem and thought about protection for her family and African American rights in this country. “My poem sends a message to everyone that voting is a fight people of color have finally won in our country; It’s what brings us together as one,” Tate explained.

A vote is the 19th Amendment

It is the shield for my mother, my sister and my aunt

It is the yellow stars that fall upon me

It is the bruises that have been formed

The blood that has been torn

It is the purple, gold, and white!

It is the fight we have finally WON! 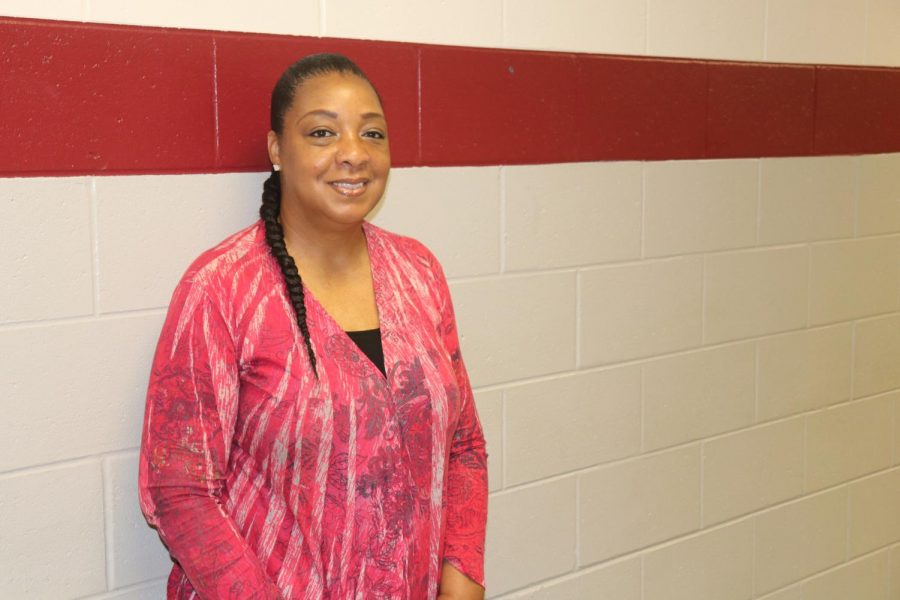 When Fisher began to write her poem, she thought of the importance of not only what voting meant to herself, but also her family.

It’s the beginning of a new decade, and we still have no equal rights!

There is a way we can act like we know this is true, by remembering what those before us- our ancestors- and great, great grandparents went through!  They fought! They bled and died!  They walked for both you and me!  So now We speak!

Please don’t forfeit the opportunity to raise your voice.  Vote! And vote Loud!  The world needs to hear your sound!  Although we are all different races, and come from different backgrounds; we are still one in Our voice, and in Our vote.

I will speak.  And I will speak Loud at the voting polls, always remembering that we all get to speak.  We all have a choice, because we all have a voice.  Our voice is not just the sound of the words that proceed from our mouths; but it is often the sound of actions that proceed from our hearts. Can you hear it? Listen to your heartbeat as you get closer to “18!”  I’m listening to my heartbeat as it gets closer to election day 2020. I’m making sure I’m registered so that nothing will get in the way- of my vote- my Voice!  Come on let’s All be heard!

It’s evident America is fighting for change!! Will we just stand on the sidelines?  Or will we get in the game?  This, my beautiful people, is our call to fame.  Don’t be ashamed!  Lift Every voice and sing?  No Not Sing; lift Every voice and vote!  Your voice. My voice. His voice. Her voice.

Again, I say silence no more.  Voice your vote and Vote your voice! 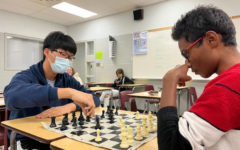 Take a chance on chess 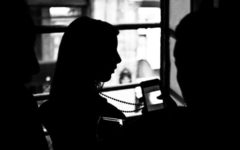 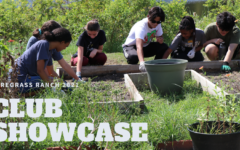 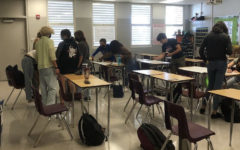 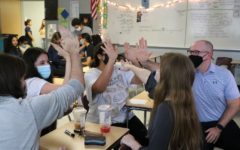 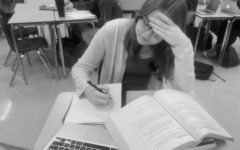 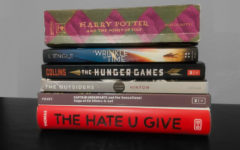 Banned Books: A battle over what’s appropriate for students 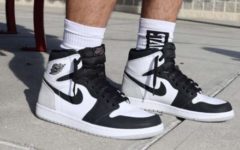 The resurrection of sneaker culture