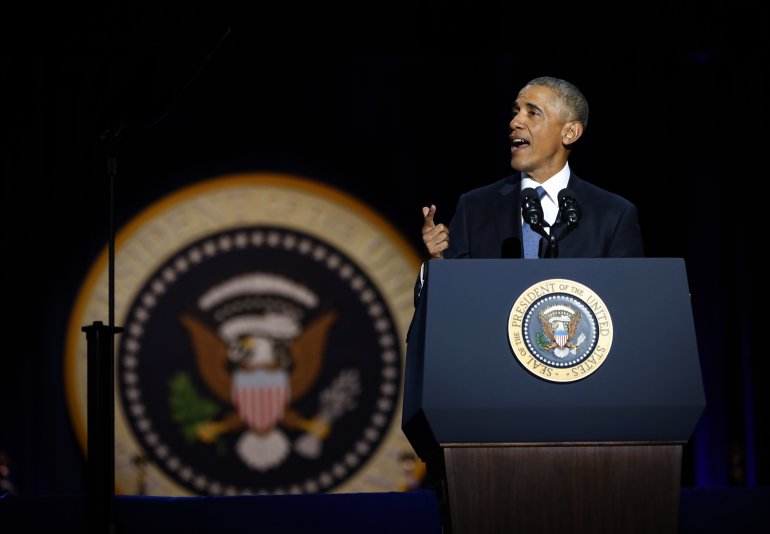 On January, 11, 2017, Obama gave his final address to the nation before he leaves office. Meanwhile, Trump prepares for his inauguration on the 20th of January.

With 8 years of Obama as President of the United States, he’s accomplished many things in office he set out to do. One of the biggest things he’s known for is passing the health care reform. He signed the Affordable Care Act. It covers over 32 million Americans without healthcare insurance.

He also ended the war in Iraq. He brought the troops home in 2011.

President Obama worked in coordination with his wife to create better nutrition for children being served public school lunches. It required more grains, and almost double the amount of vegetables.

In his farewell address, he talked to the American people and told them to accept what’s coming next, to unify as a nation.

“Change only happens when ordinary people get involved, get engaged and come together to demand it.” says President Obama. “After 8 years as your president, I still believe that… It’s the beating heart of our American idea, our bold experiment in self-government.”

Obama is confident how the country will fare after he leaves. He will peacefully hand over power to President-Elect Trump on January 20th of 2017.

“I committed to President-Elect Trump that my administration would ensure the smoothest possible transition, just as President Bush did for me,” says Obama in his Farewell Address, “Because it’s up to all of us to make sure our government can help us meet the many challenges we still face.”

Trump’s first 100 days will be spent undoing a lot of what President Obama has done. He says he will cancel environmental restrictions put in place by Obama, including repealing ObamaCare. Trump will also withdraw from the Trans-Pacific Partnership trade deal.

“Let’s make America great again. My agenda will be on a simple core principle. It’s making America first.” explains President-Elect Trump. “Whether it’s building cars, curing disease, I want the next generation of production and innovation to happen right here on our great homeland, American. Creating wealth and jobs for the American workers.”