Mary and the Witch’s Flower: a review 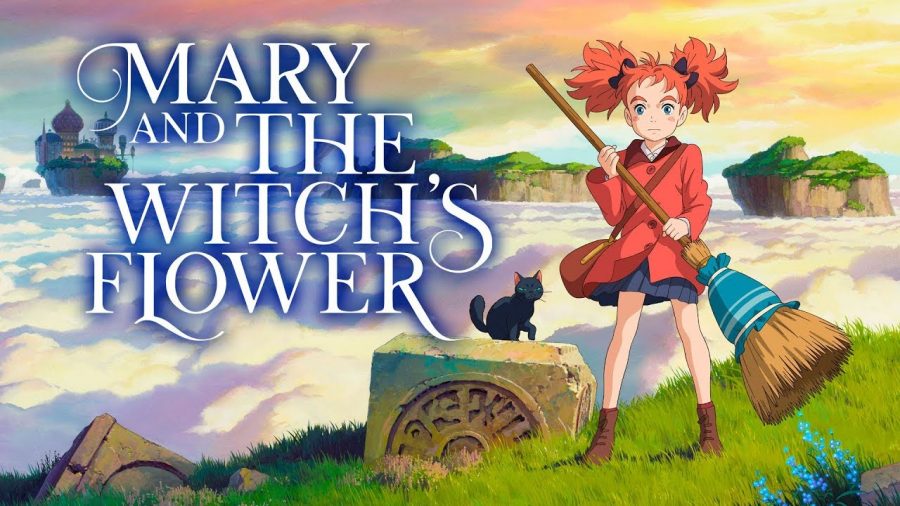 This is the official cover for the trailer of Mary and the Witch's Flower.

The movie is about a young girl named Mary who discovers an old broom carved with magical runes and a strange glowing blue plant, the Fly-by-Night flower. This flower unlocks magical powers to Mary and sends her off on an adventure into clouds with the flying old broomstick. In the clouds, she finds a school of magic (Endor College) run by headmistress Madam Mumblechook and Doctor Dee. The school is not what it seems and after telling a lie, Mary fights to make things right.

Mary and the Witch’s Flower is based off The Little Broomstick (a children’s book with illustrations) by Mary Stewart, although the movie didn’t really stay loyal to the book, the movie still takes place in Shropshire, England and the voice actors have British accents.

The movie is one of the most fantastic children’s fantasy movies I have ever seen, ranging from the graphics to the storyline. The animation of the magic flowing throughout the scenes is outstanding. The movie’s message emphasizes the importance being yourself and not hating yourself (like how Mary hates her red hair). You can’t change it, so embrace it.

Studio Ponoc, a Japanese animation studio, was founded in 2015 by ex-Studio Ghibli animator Hiromasa Yonebayashi. Their first movie, Mary and the Witch’s Flower was a big hit and even made it to the top six of the highest-grossing films of the year in Japan. They also made another movie in 2018 called Modest Heroes.

Mary and the Witch’s Flower is available on the following platforms: Netflix, Youtube, Amazon Prime Video, Google Play and Vudu. I look forward to the next Studio Ponoc film and hope to discover more hidden messages within the animation.